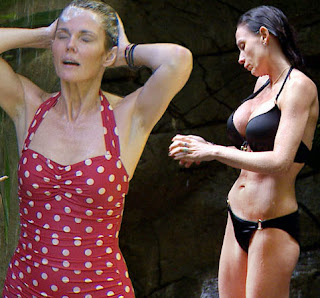 Amy has some competition as Lucy
and Annabel both strip to their
swimwear
Lucy, 36, and Annabel, 54, gave the
beauty queen a run for her money as
As they look fabulous in their swimming wear
Posted by Admin at 9:20 PM 12 comments: 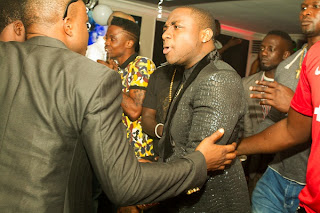 This report is unconfirmed and all
efforts to get Iyanya to comment on
this has been abortive.
Iyanya was reportedly refused entry at
Davido's birthday party which took
place on thursday.
Here is the report:
"Iyanya was bounced at Davido's 21st
birthday party which held at Pavada
Lounge Thursday night.
Witnesses said most people who
weren't invited where not allowed to
get in, and if you must, you must call
one of the HKN group members, who
will come out and take you in.
Most people who felt they should be in,
called Kamal, a member of Davido's
group who was always in and out
taking guests in.
But when Iyanya got to the entrance,
the bouncers said he couldn't get in.
People around told them it was Iyanya,
but the bouncers still refused and said
if he must get in, he should call Davido
or Kamal.
Iyanya tried making a call, but no one
picked, he got angry nodding his head
as he left. A lot of people didn't
understand what was going on and it
soon became a hot topic among guests
at the party. Now, this is an inside gist
and it's so true."
Posted by Admin at 9:39 PM 1 comment: 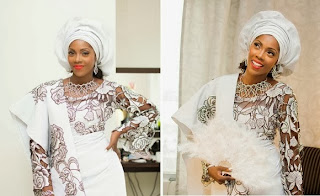 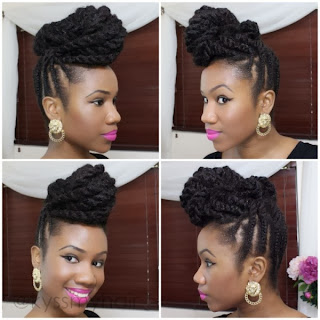 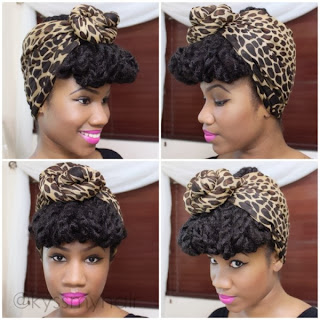 BN Do It Yourself: 3 Funky
Hairstyles for Women!
Posted by Admin at 2:23 PM 1 comment: 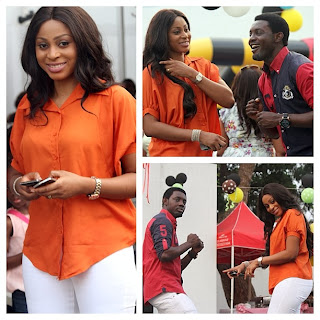 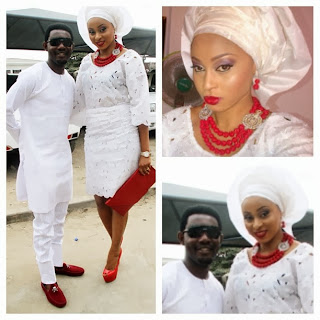 Check Out The Lovely Outfit It's 6 days to their
wedding anniversary happy anniversary to them
Posted by Admin at 2:08 PM 1 comment:

Belgian model puts Jay Z on blast,claims he spent thousands of dollars on her & her friends 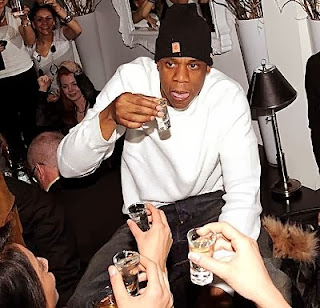 Jay Z is said to have bought drinks for a
beauty queen amid rumours about his
marriage to Beyonce. The rapper spent
more than $8,000 on champagne while
partying with gorgeous model Claudia
Scheelen in Antwerp's Magic nightclub
last month.
Claudia, 27, told the Mirror: "I was with
my girlfriends and he sent over a drink
to us – he had this huge bottle of Ace
of Spades champagne, it must have
been six or ten litres.
"He told me 'I've been all over the
entire world, but the girls in Antwerp
are the prettiest girls.'"Claudia says Jay
Z didn't talk about his wife or one-year-
old daughter when they met. "He
didn't mention Beyoncé or Blu once,"
she added.
Posted by Admin at 1:04 AM 1 comment:

Twitter Is Here Again IntroducingIntroducing the new
media.twitter.com
. As Twitter's role in the media world
continues to grow and evolve, we
wanted to create a place where people
and companies from the worlds of TV,
sports, journalism, government, music,
faith and nonprofits could have self-
service access to ways to increase their
impact in the global town square.
So today we are introducing
media.twitter.com, a new site
dedicated to Twitter best practices,
success stories and more. Whether you
are an indie producer or a media
conglomerate, we have resources for
you.
This new site, which is a searchable
database of how-to's curated by the @
Twittermedia team, is designed to
complement our other channels:
•this blog, which regularly
chronicles the great work media
players are doing with Twitter
•our portfolio of newsletters, which
detail successful Twitter uses by
industry
•our various Twitter accounts
Please have a look and send us any
feedback on the new site at
mediablog@twitter.com — and we hope
you enjoy it.
Posted by Admin at 12:38 PM No comments: